In this candid book, Oliver North, the man who was at the center of the Iran-Contra controversy tells the story of his life. He reveals the inside story behind the headlines and stresses the importance of his family and his enduring faith, which saw him through the toughest times.

We have Oliver North IN THE HOUSE!

We're thrilled to announce that we were selected to produce the book versions of Colonel Oliver North's blockbuster bestseller, "Under Fire."  The book has completed production, and is available on Amazon as well as other ebook retailers.

Written in secret as if it were a covert operation, then suddenly released, this is unquestionably the "event" book of the year. Here, finally, we might expect to get answers to our questions about what became known as "Iran-contra." Was Marine Lieutenant Colonel North a "loose cannon" on the National Security Council, making U.S. foreign policy on his own? And just what did President Reagan really know about Iran-contra? North writes that Reagan "knew everything" about Iran-contra's covert operations. So too did Vice President Bush. Unfortunately, there is no specific document in the book proving that. What there is, however, is a preponderance of material that leads to an inevitable conclusion: North was a hard-working, well-trained, loyal Marine incapable of undertaking a covert operation without approval by his superiors. For the first time, we hear of and read a document sent to Reagan by North's lawyers, setting forth a sound legal argument for a presidential pardon for North. The letter, we learn, was never acknowledged. There are a number of such chilling moments in this important book.

Available Now on Amazon and other ebook sellers near you.

The Dangers of Self-Publishing with Zero Research

One of the topics that drives me a bit nuts is the...

What is Full-Bleed, and Why Does It Matter to Your Print Book?

What is Full Bleed, and How Does it Affect Self-Pu... 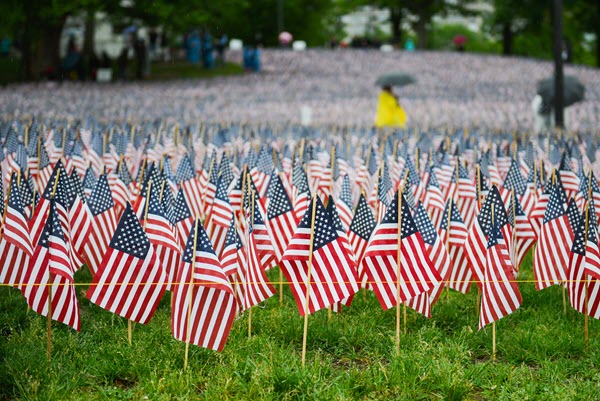 As amazing as it is, this year, for the first time ever,  we're going to be closed for Memorial Day!

I know what you're thinking--what???  The whole country's been closed down for two months!  Whaddya mean, you're taking off?  Well, we haven't been closed.  We've been here working harder than ever, due to a wildly increased demand for our services, so honestly, the Crew and I desperately need these days away.  No telephone calls or emails will be answered.  The admin office needs a break.  We'll be back, everything to the ready, the morning of Tuesday, May 26th, to get cracking.  Thank you for your support and understanding.  And please, don't forget why we honor Memorial Day.  We should never--never--forget The Fallen.