When Sadie Brennan, a Maine antiques dealer, is called to her sister 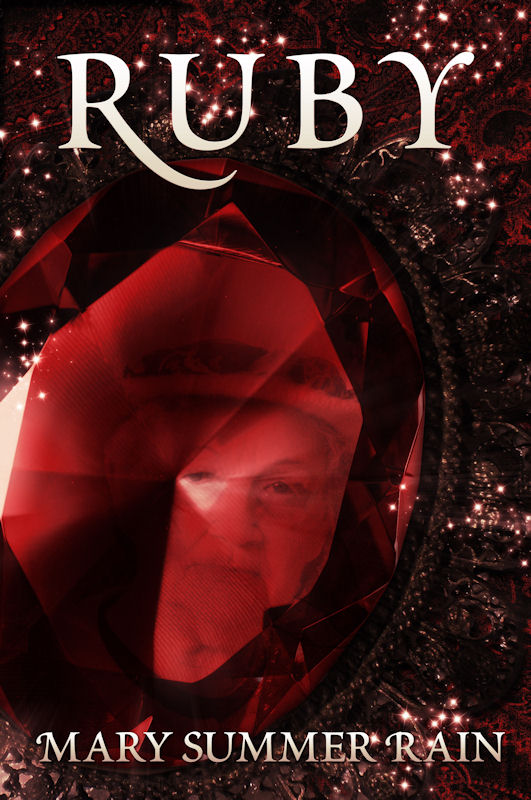 When Sadie Brennan, a Maine antiques dealer, is called to her sister’s estate outside Chicago, she has no idea she’s being pulled into a web of mystery. She is there to help her eight-year-old niece, Savannah, who has entered a trauma-induced state of muteness. But once she arrives in town, Sadie finds herself continually crossing paths with an intriguing bag lady named Ruby, and her life truly becomes a deepening odyssey filled with inexplicable events that verge on miracles and challenge her rationale. Drawn by an irresistible force, Sadie and Savannah are compelled to solve the puzzling enigma of the mysterious homeless woman. The growing collection of clues they gather from a museum, a colorful multi-cultural marketplace, a cathedral, the Chicago slums, and even a cemetery, coalesce into an awe-inspiring revelation of Ruby’s shining identity. In this magical novel, Mary Summer Rain keeps her readers on the edge of their seats while leading them through a merry, page-turning adventure led by an old woman whose identity and purpose are initially unclear but who eventually proves to be someone far greater than anyone could ever imagine. Whether Ruby is believed to be an eccentric old woman, an angel, a crazy lady, or someone far greater than these, she will most definitely stretch one’s idea of possibilities and carry the reader into a realm of thought extending far beyond the confines of the proverbial box.