In the poignant memoir, Medicine Rock, one woman retells her journey of deep living and incredible changes after the loss of her six-year-old son. 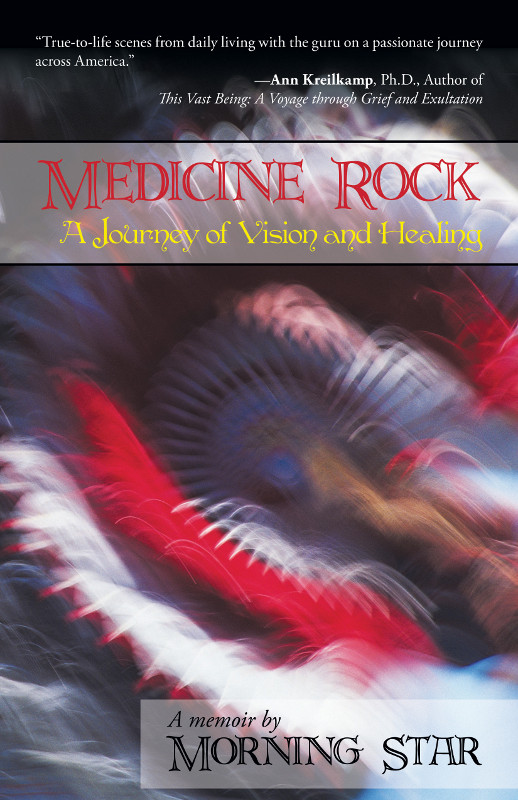 In the poignant memoir, Medicine Rock, one woman retells her journey of deep living and incredible changes after the loss of her six-year-old son. In 1970, when Morning Star first met Sun Bear, a Chippewa medicine man, she had two healthy sons and a happy marriage-everything a twenty-seven-year-old hippie could want, despite living in a home without electricity. One evening, after the kerosene lamps in her home were filled, someone left kerosene in a drinking glass. The next morning, her son accidentally drank the kerosene and a few hours later, his short life was over. Morning Star relays how after her marriage disintegrated, she and Sun Bear reunite, fall in love, and he soon talks her into traveling around the country with him in an old police car. Relying on the diary she kept during their journey, she describes the beginnings of environmentalism, the peace movement, and the wild culture of the seventies, all while documenting the pitfalls and incremental healing of a mother's broken heart. Medicine Rock traces one woman's return from death to life and how the song of the earth came to live in her bones during her grief journey, filling her up once again.