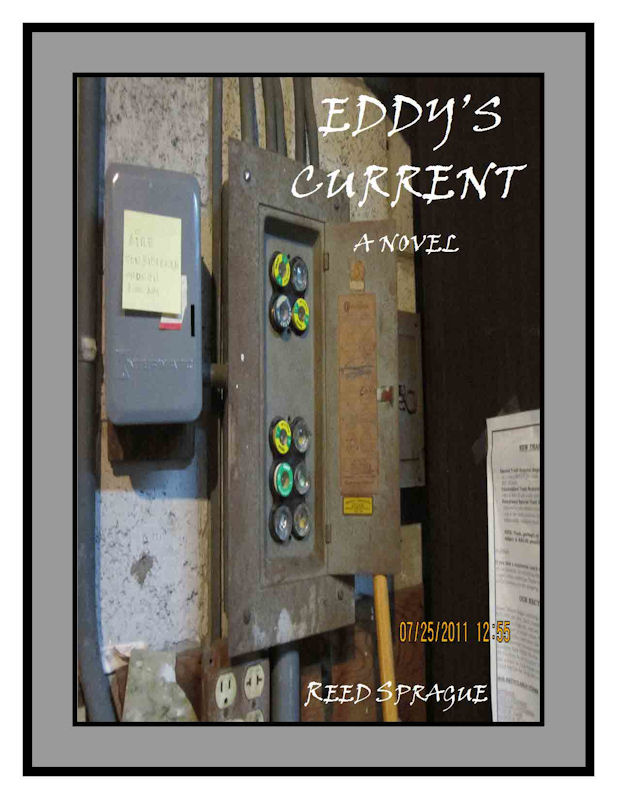 Eddy’s Current is an explosive, character–driven thriller that dares to explore the possibility that an evil world dictator might one day rise to power from within the United States. America’s media, political and religious elite receive scrutiny like never before in this dynamic narrative.

This is a great story with an attitude—a refreshingly bad attitude toward those who attempt to do harm to America. After you read Eddy’s Current you will never again settle for the extremes by which you and your fellow citizens are defined and controlled.

This book delivers odd and compelling characters — a few evil, several complacent, and a handful good — all of whom challenge America in different ways as she struggles to cope with the immense changes taking place in the world political system. The characters grab you and pull you into their story, offering you the opportunity to challenge America just as they have. You are captured again and again by the book’s many sub–plots.

Apostate and crazed ultraconservative, Tyler Lee Peterson, descends steadily over twenty years deep into a personal and professional living hell. Soon after he hits bottom he experiences an odd epiphany and a sudden drive to be recognized as a major player on the world’s political stage. From the backs of his enamored conservative followers Peterson catapults out of his black hole and into the bright lights of big–time public notoriety.

Peterson’s newfound popularity delivers to him the immense power that is often packaged together with undeserved fame. He ascends in just a few short years from his obscure existence as a rambling, cocaine–addicted Washington DC nobody to the position of president of the new world government. Peterson accomplishes his rise to world dominance with the assistance of a handful of equally crazed disciples, a hopelessly inept media and America’s blimpish Christians.

Beginning in late 2001 the world experiences two decades of constant political mayhem and successive economic disasters. Peterson offers to supplant the turmoil with his iron–fisted policies that are based on absolute and righteous reasoning.

Peterson takes full advantage of the new extremism in America, using the far right in politics, media and religion to cast him to stardom. The world’s power pendulum swings down from the far left to its lowest possible point, grabs Peterson, then continues toward the extreme right, hurtling him to the pinnacle of world power. The extreme left would serve him perhaps as well, but he rambled the right rhetoric for decades so he continues to tread that path.

A small group of diverse Americans inspired by a young couple, Eddy and River Warwick, fight bravely against Peterson and his thugs. Deeply in love, idealistic and determined, Eddy and River inspire their friends to do all they can to reclaim America from the clutches of the world’s top madman.

Political and media extremists in Peterson’s America serve up endless comfort food to America’s politicians and media fat–cats. Clergy are also welcome to dine as honored guests, and a few do so from time to time. The menu includes every imaginable combination of hog trough fare for the elite. The quality of the food doesn’t matter—it’s somewhere between near–rotten leftovers and cheap junk food. Massive quantities are consumed. The huge servings fatten the chosen just fine.

Crafted by politicians, promoted by the media and embraced by clergy, this new American norm — two political extremes without an average — settles in comfortably and is outright dangerous.

Into this madness of extremes that produces Tyler Peterson, Eddy’s Current thrusts a small and diverse group of Americans, each of whom seems to have been set aside from the extremism that plagues their country. This band battles against all odds to restore their fellow citizens’ freedoms and their country's independence. You will be inspired by their fight.