Why Do We Kill? The Pathology of Murder in Baltimore

Former Baltimore City homicide detective Kelvin Sewell has seen it all. Gang members burned alive; a baby unceremoniously stuffed into the ground by its own mother; a sex offender who killed a child in a delusional jealous rage. The constant grind of bear 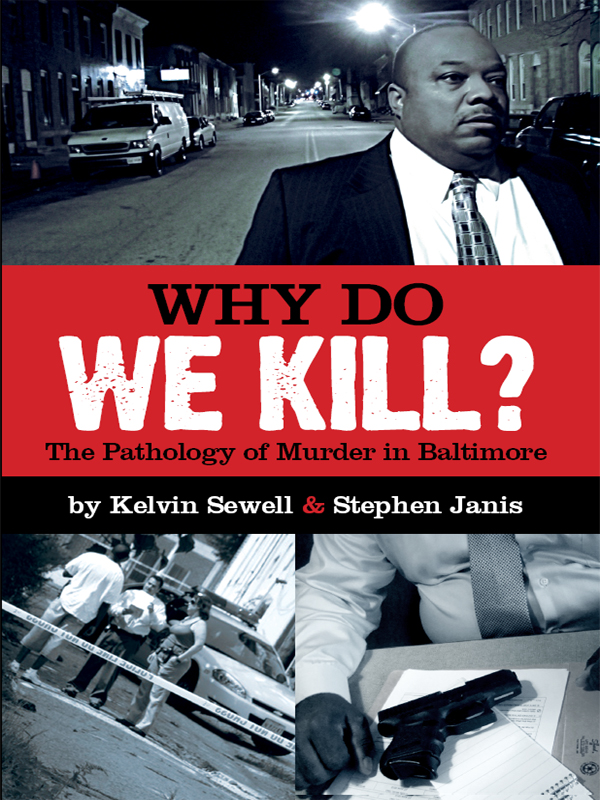 Former Baltimore City homicide detective Kelvin Sewell has seen it all. Gang members burned alive; a baby unceremoniously stuffed into the ground by its own mother; a sex offender who killed a child in a delusional jealous rage. The constant grind of bearing witness to violent death has given Sewell an unprecedented perspective into the minds of killers. He sat in the Baltimore Police Department’s interview room with 14-year-old Devon Richardson as the teen tried to explain why he shot a woman he didn’t know in the back of the head. He watched the father of 17-year-old Nicole Edmonds cry over the corpse of his dead daughter, murdered for a cellphone. But now for the first time Sewell has decided to share the insights and the pain, the dehumanizing effects of crime and waves of psychic despair and social dysfunction in his groundbreaking book, Why Do We Kill? “I think people deserve to know the truth,” said Sewell, a 20-year veteran of Baltimore City’s police department. “They need to get a sense of why people kill in Baltimore. “I want people to see what we see as detectives,” he explained. “I think there are misconceptions about crime in Baltimore, and I hope this book will clear them up.” The book recounts some of the most notorious homicide cases in Baltimore in the past decade, all told from the perspective of the cop who worked them. Joining forces with Sewell is award-winning investigative reporter Stephen Janis, who covered City Hall for the now-defunct Baltimore Examiner and is founder of the award-winning news website Investigative Voice. “What makes this book different is the collaborative voice,” said Janis. “Kelvin would discuss his thoughts on the cases and I then tried to tell the story by adding the context that comes naturally with being a reporter.” Janis’s colleague at Investigative Voice, reporter and political scientist Alan Z. Forman, served as editor for the project. Janis is no stranger to the Baltimore crime scene, winning a string of prestigious awards for his crime reporting, including two consecutive Maryland-Delaware-DC Press Association awards in Category A for his series on the murders of sex workers and his investigation into the high number of unsolved killings in Baltimore.