Dan Trujillo was busy fulfilling his dream to become a top notch corporate manager, a supportive, caring father for his three sons, and a husband to a wonderful wife. The dream begun to unravel after being diagnosed with Congestive Heart Failure in 2001. The prognosis, just like his sister, a heart transplant would be needed for survival. After three open heart surgeries to extend the life of his heart, the time had come. Dan was admitted to UCLA Medical Center on October 24, 2007. On November 12, 2007 Dan received a new heart, from a seventeen year old young man from Las Vegas. After 40 days in intensive care, Dan was released home to start the second part of the battle: Finding the will to live with gratitude, kindness and determination. During the next year, Dan is booked to speak to groups, corporations, students and non-profit organizations about persevering through crisis, the readjustment of goals and most importantly, living a valued life. Using the lessons of what powered him through recovery and the mindset to become personally successful, Dan publishes, "CRASH COURSE: 15 KEY LESSONS TO OVERCOME CRISIS AND ANXIETY." Dan lives with his wife and three sons in Southern California, and according to him, he is addicted optimist. 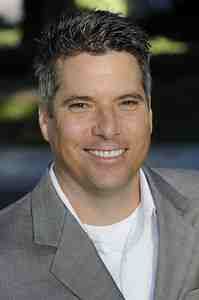