Thomas J. Occhipinti is a second generation, Italian (& Sicilian)-American, born and raised in the Northeastern Ohio steel town of Youngstown(Struthers). At the age of eight, he won an acoustic guitar and eight free lessons in a raffle. His late father, John, was a professional guitarist, who sat in with visiting big bands in the 1930's era, including Harpo Marx's Big Band. Tom's older sister, Janice, introduced him to the new Rock & Roll and Motown sounds of 1950's and 60's. Inspired by artists such as James Taylor, Carole King, Paul Simon, and the Beatles, Tom began writing and performing original songs in coffee houses through out the Midwest while attending Youngstown State University in the mid 1970's. While still in college, he published his first songs with Bourne Music Company in New York City, working with the late veteran songplugger, Dick Stone. Mr. Stone had formerly worked at Paramount Music with the legendary Burt Bacharach and Hal David, and many others. Tom's first cut at Bourne Music was in 1977 by an artist with the last name of "Stewart." After Tom's initial excitement, his publisher, Dick Stone, then informed him, that the artist was not "Rod" Stewart, but "Doc" Stewart, a singing dentist from Pittsburgh. WELCOME TO THE MUSIC BUSINESS! Following graduation from Youngstown State University later that fall, Tom and his wife, Anne, relocated to Nashville in January of 1979. He began writing with Tree International, and eventually such artists as Mickey Gilley, Ronnie McDowell, Donna Meade, and others recorded his songs. Additionally, his songs were also placed in the hit "FAME" Television Series and used as regional jingles. During this time, Tom also worked as a counselor with troubled youth. In 1989, Tom wrote, published, and licensed an original song, "Video Diary", with the PANASONIC CORPORATION, for in-house promotional use. He also co-produced the accompanying two-minute film with a New York based production company. During that time, he also wrote and licensed a second song, "All the Way," which inspired PANASONIC'S 1992 Olympic campaign. The televised commercial debuted during a Thanksgiving Football game in 1991, and was seen by an estimated 22 million viewers. Video Diary was later re-licensed to Panasonic in 2008-2010, for an internet campaign, featuring Tom's daughter, Emilia. In 1997, Tom taught Commercial Songwriting at MTSU. The experience was very positive and convinced him to combine his free-lance writing with teaching. He enrolled at TSU and earned a Master's Degree in Education in 2001. Currently, Tom is a free-lance writer/publisher, speaker, and a Reading/Writing teacher/consultant. Tom is married to Anne, a veteran schoolteacher, and they are parents to a daughter, Emilia, and a son, Joseph. Tools, A Personal Memoir, is his first published e-book & CD/Digital audiobook. 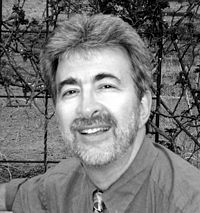