Joan M. Maredyth was born and raised in Tucson, Arizona. She attended the University of Arizona majoring in Psychology and Sociology, before moving to Berkeley, California in 1967. She later graduated from California State University, Sacramento, with a B.A. in Cultural Anthropology. Ms. Maredyth became employed as a paralegal in the law office of Attorney Marcus Vanderlaan, hoping to return later to graduate studies in Anthropology. Instead, she was mentored by Attorney Vanderlaan under a Law Office Study Program. She became a licensed attorney in January, 1987, without having attended law school. Since then, she has practiced law in Sacramento, California, and is a Certified Specialist in Family Law, acting "as counsel" in the Law Offices of Isaac L. Fischer, her son. In addition, she and her son represent teachers in job-related matters. 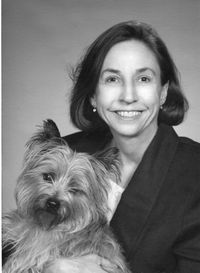