Michael McCoy grew up in Albion, Indiana, where his passion for the past blossomed quite early. He graduated from Wabash College in 1991 with a bachelor's degree in Economics. He got a paying-the-bills job, married and raised a family. Few, but his closest confidants, knew of his addiction to military history. That all changed in 2001. Moved by our quickly fading World War II generation, McCoy chose to act. He began visiting local veterans, recording their stories in a race against time. McCoy's first book, BOOTPRINTS: AN INFANTRYMAN'S WALK THROUGH WORLD WAR II, written with Hobert Winebrenner, has enjoyed rave reviews. The response to his second book, EVERYTOWN, USA, has been nothing short of amazing. 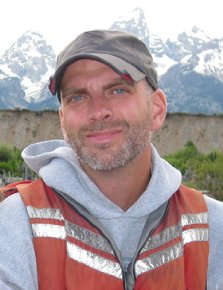